(Writer's Note: This is the first installment of a two part series that involve a Father and Son theme)

Recently, a custom art piece was done to celebrate a son’s birthday and the subject matter was very personal and inspiring as a current parent, player and coach.

The piece was a bit challenging due to trying to source all the reference material for the it, but those challenges most likely are the ones that make you better – they test your resourcefulness. The subject had a player shooting on a goalie. Both players are from the same high school, but in different times. The shooter is a Dad and the goalie is his son, both wearing equipment dating to their respective years as athletes at the Concord Carlisle High School in Massachusetts. 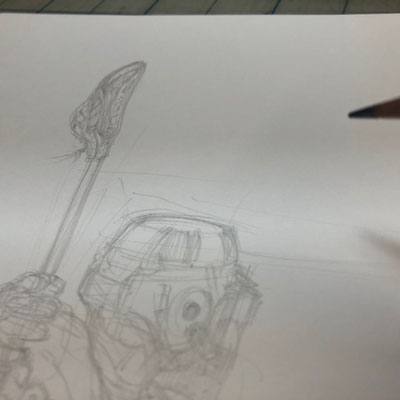 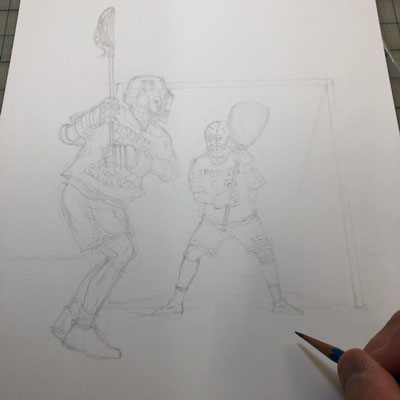 As I said before, as a parent this was something that I could relate to considering my son is also a goalie, like myself. As a former teacher and current youth and HS coach, this also made me turn on the serious note to a higher level. But as an artist, this was also business for me and I treated it with the utmost respect due to the personal request and message that this piece had from the father to his son. 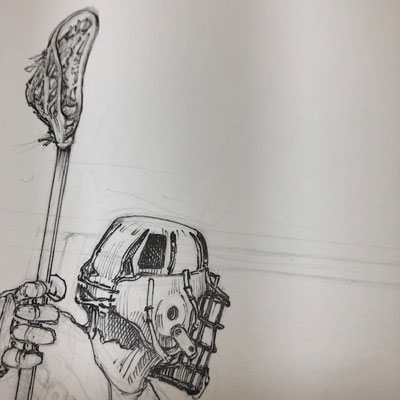 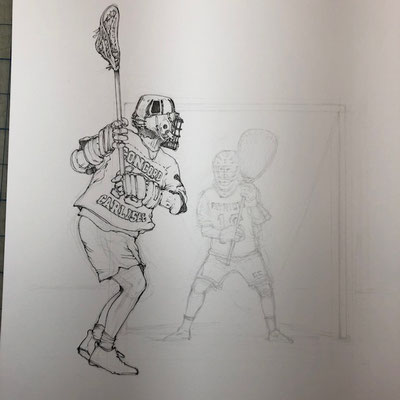 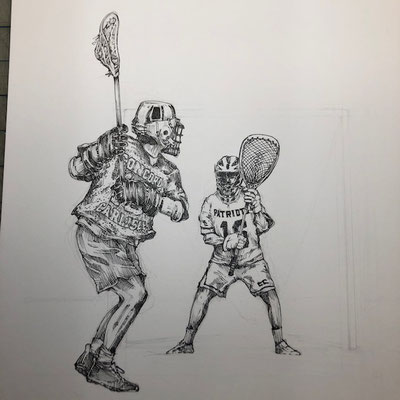 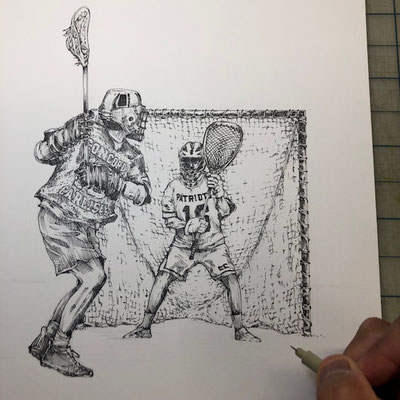 Executing it took me back in time since the dad played his high school lacrosse around the same time I did, so the enjoyment of illustrating equipment back in the 90’s was always there. And illustrating his son - the goalie - made me think of the massive strides taken in innovation.

The end result is one that I hope will last in their family. I’m thankful for letting me be part of the creative process to make their idea a reality.